Studies have shown that babies born in winter tend to have a greater risk of developing type 2 diabetes at some point, while fall babies have a greater lifetime risk of depression. In a new analysis of health information from more than 10 million patients living in three countries and five different climates, data scientists have found that a woman’s exposure to certain seasonal or environmental factors during pregnancy may affect her offspring’s lifetime disease risk.

The study found that mothers who were exposed to low levels of sunlight during the third trimester of pregnancy had babies with an increased lifetime risk of type 2 diabetes. For babies born in New York City, having a birthday between December and March, when light levels are lowest, corresponded to an increased diabetes risk. A mother’s increased exposure to fine air particulates during the first trimester was associated with her child’s increased risk of atrial fibrillation (a potentially dangerous abnormal heart rhythm). Thus, in New York City, where air pollution is highest in the summer, giving birth during the winter — and experiencing the first trimester during summer — increased her child’s risk for atrial fibrillation. Similarly, mothers who received higher doses of carbon monoxide, which varies depending on the location, during the first trimester had babies with an increased risk of depression and anxiety. 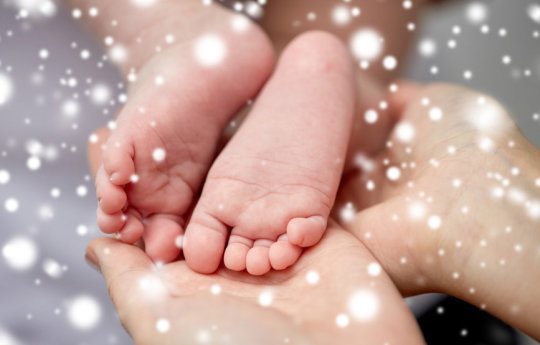 About the Author: Maria Olsson